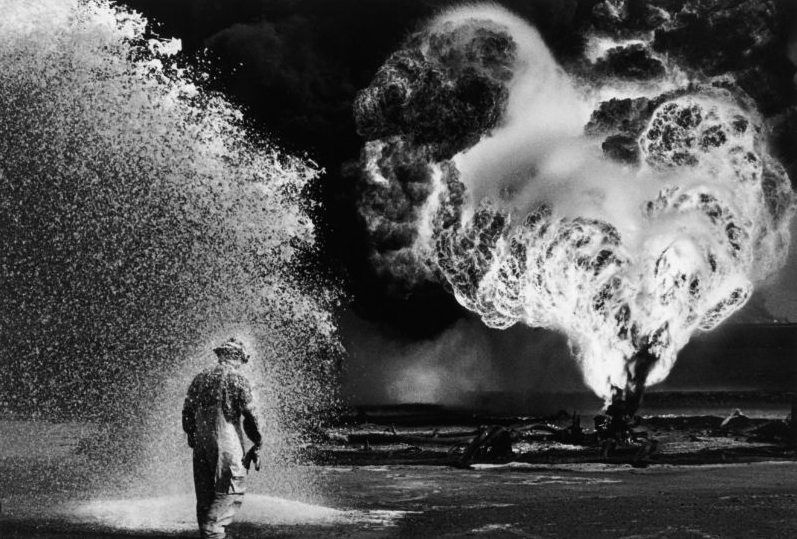 Epic, awe-inspiring, moving and important: Sebastião Salgado’s photographs are revered by public and critics the world over. This exhibition celebrates Salgado’s extraordinary contribution to the medium.

This October Beetles+Huxley Gallery, London, our hosting an exciting exhibition with an astonishing collection of pictures from every part of Salgado’s forty year long career.

Born in 1944 in Aimorés, Brazil, Sebastião Salgado is one of today’s most important photographers. Beetles+Huxley will exhibit a comprehensive cross-section of Salgado’s work from his illustrious career to date. Including works from his famous series Workers, Terra, Migrations, Sahel: The End of the Road, and Genesis, the exhibition positions Salgado as the world’s preeminent photographer of humanity and its struggle to survive against a raw and powerful mother nature.

Salgado’s most famous, early series was taken during 1986 at the Serra Palada gold mine in Brazil – a famously controversial mine that employed thousands of local workers in appalling, perilous conditions. They were published all over the world, and the vertigo-inducing pictures revealed the scale of the Dante-esque hell endured by the miners.

These photographs set the tone for the exhibition at Beetles+Huxley, which begins with a group of four of the best-known images from this series. The exhibition contains further sets from other long-term projects over the next 28 years, and takes the viewer on a black and white, Biblical journey from the ship-breaking yards of Bangladesh to the frozen wastelands of the Arctic. Like those early Brazilian pictures, Salgado’s subsequent photography uses cinematic composition and high-contrast printing to intensify the ready drama of his subject matter. It is a powerful combination, and leaves the viewer in little doubt as to Salgado’s politics, his interest in inequality and his passion for ecology – themes that resonate throughout the exhibition.

For the past thirty years Salgado has worked on personally chosen, long-term projects that mirror these interests. In this age of instant photographic gratification his slow and deliberate approach to these projects is a reminder of the rewards of patience. Salgado takes thousands of images, often over many years. Each series is the result of his total immersion in the subject matter.

This traditional approach to working aligns Salgado with some of history’s greatest photojournalists – from Dorothea Lange’s four-year project for the USA’s Farm Security Administration in the 1930s to Bruce Davidson’s two-year sojourn in Harlem’s run-down tenement blocks during the 1960s. He reminds us that the best photography is not usually done to deadlines. What singles Salgado out from his peers is the sheer scale and ambition of the projects. In particular, Genesis, shot over eight years from 2004, aimed to capture all of the pristine, untouched natural environments on the planet. A task that took the photographer to over 30 countries.  An earlier project, Migrations, shot over seven years in the 1990s took the photographer to 43 different countries and all seven continents. Salgado is a photographer interested in big projects and big subjects.

Salgado’s photographs reverberate with energy and theatre, which is refreshing in comparison to the cold objectivity of much contemporary photojournalism. Without compromising the facts, his heightened sense of drama intensifies the message. The human tragedies that he depicts are haunting as well as harrowing, and his landscapes present the world much like the Romantic painters of the sublime – highly wrought but raw, beautiful but demanding of respect.

His world is both a poetic and brutal place. However unlike those painters, Salgado’s photographs highlight its fragility too. All these tensions combine in a body of work that is astonishing in its depth and ambition, and this exhibition celebrates Sebastião Salgado’s well-deserved place in the modern history of photography.

To find out more information on the show please click here!