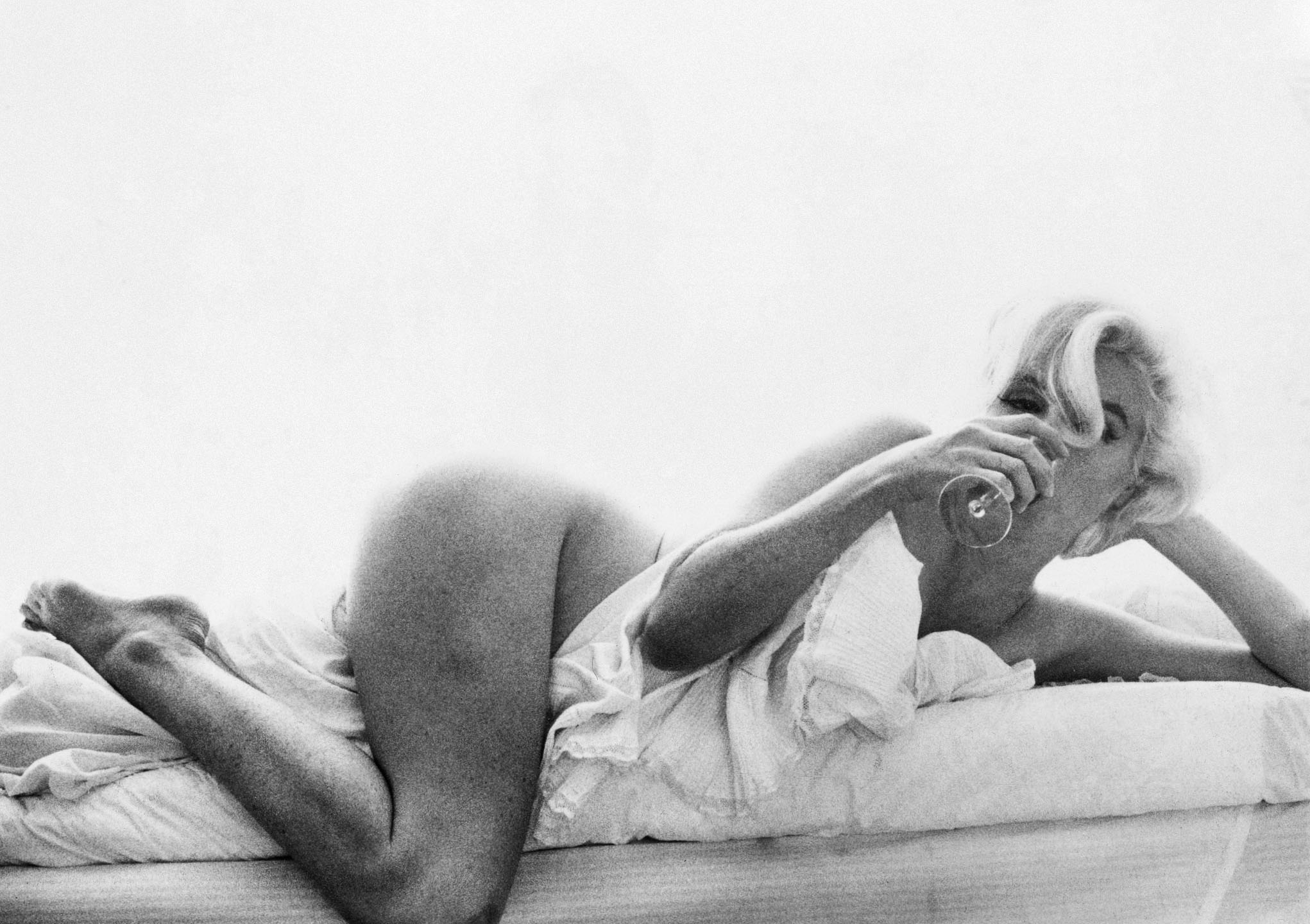 “When a portrait evokes a feeling, then you’ve got something. Technique isn’t really important. What I want is a believeable moment.” – Bert Stern, Great Themes : LIFE Library of Photography by Time-Life

Today we celebrate what would have been Bert Stern’s 84th birthday. Born in Brooklyn, New York Stern was a self-taught American commercial photographer, known for his creativity and for thinking outside of the box with his name firmly associated with the golden age of advertising and many of his images have become classics.

During the 1960s Bert Stern became one of the most successful, creative and highly paid photographers of his day. Sitters included many male film stars, including a very slick looking Gary Cooper gripping a Colt 45, yet Stern became famous for his candid shots of women throughout the 1960s including Sophia Loren shrouded by her feather boa, Elizabeth Taylor as Cleopatra, Twiggy wide-eyed in front of a Bridget Riley painting; and of course the famous ‘last sitting’ with the one and only Marilyn Monroe.

Stern started his career as a messenger and mail clerk to art director Hershel Bramson at Look Magazine from 1946 – 1948. From 1949 to 1951 he was the art director for Mayfair magazine, while there Stern bought a camera, learned how to develop film and make contact sheets.

In 1951 he was drafted into the U.S. Army to fight in the Korean war but Stern never made it to Korea: instead, at the recommendation of an old friend who was stationed in Tokyo, Stern was diverted to Japan and assigned to the photo department. He learned to use a film camera and made motion pictures of news events for the army while taking stills for himself.

After the war he rejoined Bramson at L.C Gumbiner advertising agency where he helped create the modern advertising photograph. This is where he landed his first big advertising break to shoot a campaign for Smirnoff vodka.

In the summer of 1962 Bert Stern took more than 2,500 photographs of Marilyn Monroe over three sessions which became known to the world as the “last sitting”. The shoot was for Vogue, which had Stern on a contract that required him to fill 100 fashion pages a year and afforded him an additional 10 pages for personal projects. Stern proposed Monroe as a subject, she and the magazine agreed, and he set up an impromptu studio at the Hotel Bel-Air, expecting to receive only a few minutes with her. The images captured Monroe in a sometimes reflective pose but mostly in a typical playful mood as she posed nude, variously covered by bedsheets, a chinchilla coat, a stripy Vera Neumann scarf and a pair of chiffon roses. Despite their air of carefree humour, the portraits are inescapably wistful because – along with George Barris’s subsequent pictures of Monroe at Santa Monica beach – they are among the last photographs taken of the star.

Over a number of years, Stern has given various accounts of what happened that day. In one, he claimed that Monroe arrived several hours late, at 7pm, but stayed with him until 7am. When she realised he wanted to shoot nudes, she was cautious about revealing a scar from recent surgery to remove her gall bladder; the mark is clearly visible in many of the pictures.

From the sitting Stern mailed the negatives to Monroe for review (a unorthodox request, but this was, after all, Marilyn Monroe). She sent them back with many images crossed out in permanent orange marker.

Once Stern had shown that evening’s photos to Vogue, he was asked to take further black-and-white shots of her in outfits including a black dress over two more sessions. It was these images, not the nudes, that the magazine picked for the edition, which was about to be printed when news broke of Monroe’s death. The pictures that Stern had sent Monroe, with the now-famous orange Xs through them, became known as the Last Sitting.

Perhaps the most striking of the pictures taken in the second and third sessions were the close-ups of Monroe surrounded by strings of pearls, shot from above by Stern as he balanced on top of a makeshift pile of furniture. With these images, he hoped to achieve a definitive portrait of her to match Edward Steichen’s famous pictures of Greta Garbo.

At the height of his success, Stern grew increasingly dependent on drugs and fixated on his wife, a principal Balanchine ballerina (Allegra Kent) and the mother of his three children. When Kent requested a divorce, Stern plunged into near bankruptcy and his health deterioated. During this time Stern went to Spain to recover, while there he came up with an idea called “The Pill Book”, a photographic compilation of different pills which he shot as simple still lifes. The book sold more than 18 million copies, and by the late 1970s Stern had returned to America to photograph portraits and fashion.

In 2011 he became a subject in a documentary profile, the resulting film, “Bert Stern: Original Mad Man”, is a candid and revealing portrait of the photographer directed by Shannah Laumeister, whom he married in 2009. In Laumeister’s words to Lightbox Time – “an imperfect movie … dealing with the controversial nature of who people are. We are all contradictory, and if you turn a camera on anyone’s life they’ll have plenty of reason to hide”, she goes on to say, “I wanted to try to keep it that way [intimate, just the two of us], because I felt that would make it special. It mirrored how he got such great pictures — he got everyone out of the room so he could get that personal connection.”