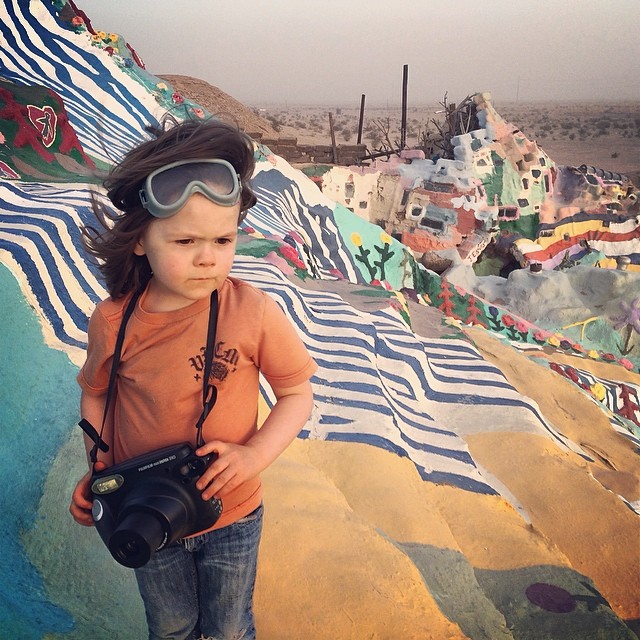 Meet 4 year old Hawkeye Huey who is an analogue photographer shooting with a Fuji Instax 210. Huey is the son of National Geographic photographer Aaron Huey, who is taking Instagram by storm since his dad introduced him to photography a little over 6 months ago!

Huey senior posted the above photo of Hawkeye on his Instagram account and the response was overwhelming: people started asking if they could see his work. Not wanting to fill his own Instagram with Hawkeye’s photos, Aaron started an account for his son and gave the people what they wanted. Now Hawkeye has over 45,000 followers with no sign that the followers will slow down any time soon.

Since Aaron can’t take Hawkeye with him on real assignments for National Geographic, he’s been creating ‘assignments’ that are just for him. His first shoot was at a place called Slab City, a kind of squatters camp in Southern California that Aaron describes as, “a rugged place and made for great portraits.”

“We hung out with “circus kids” and vagabonds. Travellers of all kinds,” he told Huffington post. “It was great for Hawkeye to meet these people and see another way of living.”

Next on the assignment list was Rodeo, where Hawkeye was able to capture candid behind the scenes photos of contestants getting ready, preparing to ride bull, and getting into the chutes. 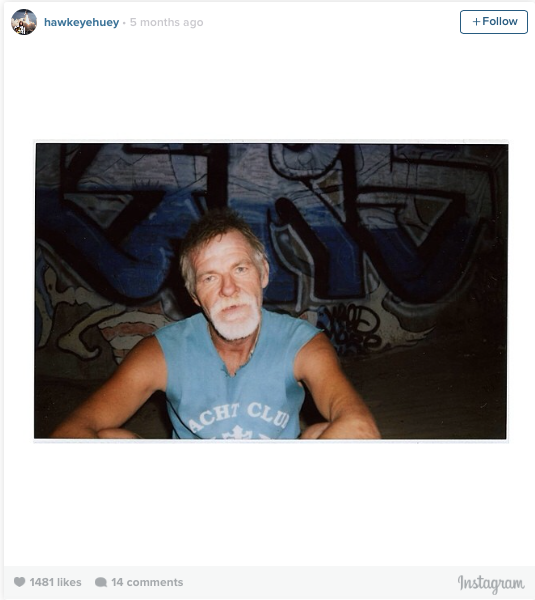 PetaPixel asked Aaron to share a story from one of their assignments with Hawkeye and here’s what he had to say about the experience:

“Hawkeye is already a very social little dude, but I think that photographing people in this way opens him up to a lifetime of communicating with people who are very different than him and different than our local community. I think so many people get locked into a comfort zone with how we see the world and who we interact with, and we do that by limiting our exposure,” Huey said.

“Photography is one way for me to shatter that comfort zone, to be reminded every day that I venture out with my camera, that there are infinite worlds to explore — that I am not the center of the universe, and that my ideas are among the many perspectives and manifestations of life that make up this world. I hope for nothing less for my son, whether it is through photography or another medium of communication. It is all really about a way of seeing and experiencing the world, and the camera is just one exercise.” 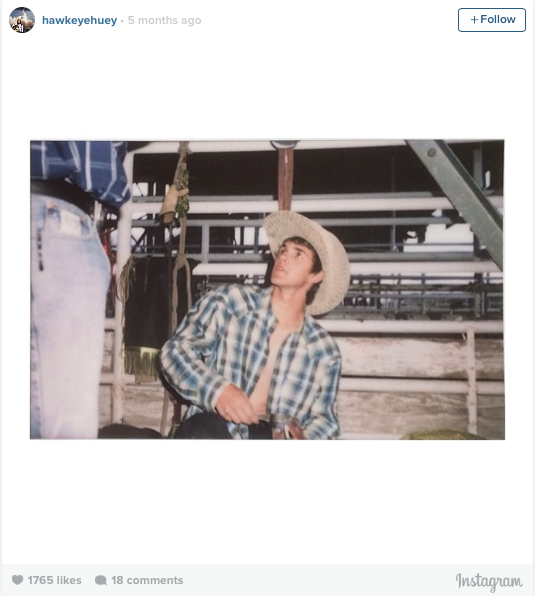 Aaron told Huffington Post: “The first time he shot I told Hawkeye that he needed to flap the Polaroid back and forth for it to develop, so now he does it with every shot right before he hands it to the person to see. I love to watch him run around showing people his photographs, and I love that they are physical objects — not just digital files in an iPhone.”