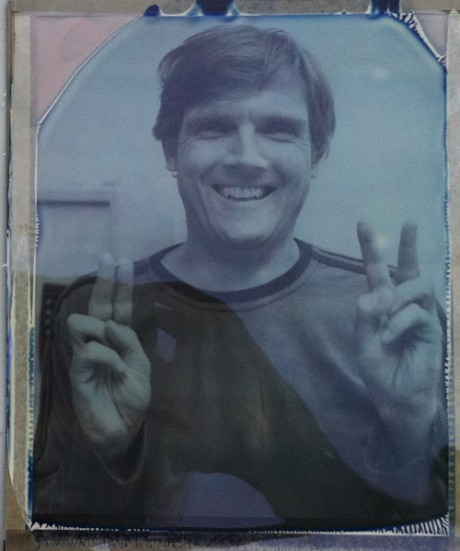 Finally it is here, the very first 8×10 integral instant pictures ever, what an amazing achievement!

At the end of 2008 the Impossible project not only managed to rescue the very last Polaroid factory, which was situated in the Netherlands, but they have also created an 8×10 instant film production from the closed factory and former Polaroid headquarters in Waltham, MA. They were able to put these unique machines on a boat and transferred them to the new home of instant photography in Enschede! These machines were carefully put to sleep, while the Impossible Project waited for the right moment to bring this beautiful machine back to life!

This 8×10 adventure was encouraged by the wonderful results of their 20×24 integral film projects, which confirmed for them that their new Impossible film materials can also perform perfectly in large format size, from then on they started to experiment with the legendary 8×10 format, beginning a new evolvement of large format photography. Remarkably they hand-tailored the very first 8×10 pictures, creating distinctive images. After seeing these unusual results they decided to finally take action and restart the machines.

An 8×10 special unit from their factory team started to rebuild the manufacturing line and they are working extremely hard in order to get the first packs of 8×10 film out of the factory by the end of 2011. The film will work with the standard Polaroid camera backs and the legendary Polaroid 8×10 film developers. Film’s not Dead!