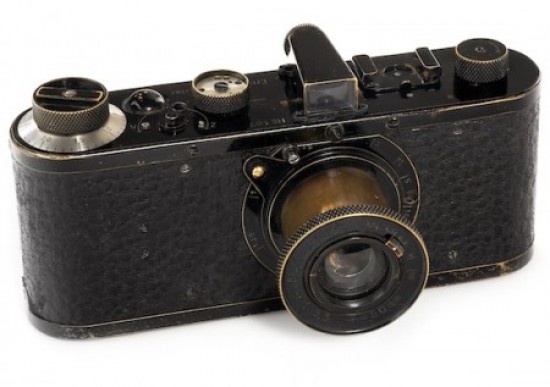 “What is the most expensive camera in the world,” when this question is asked you probably imagine a super high-tech digital camera.

Yet analogue has won over digital.

The worlds most expensive camera was the Daguerreotype camera in 2010. Photographs are produced by making a direct image onto a polished silver surface. Unfortunately, a daguerreotypist couldn’t produce copies, other than daguerreotyping the original, this later on caused the process to become extinct within a decade.

Back in May 2007, the daguerreotype camera, pioneered by Jacques Mande Daguerre, dating back to 1839 became the world’s most expensive camera, when it sold at an auction in the US for $775,000 at the time. The camera, designed by Frenchman Susse Freres, was housed in a sliding wooden box frame and was also believed to be the oldest commercially manufactured camera in the world, which increased its appeal to collectors.

In May 2010, another daguerreotype camera, known as the Giroux Daguerréotype went under the hammer at the WestLicht Photographica Auction House and possibly became the most expensive camera in the world! WestLicht Photographica House said “Giroux Daguerréotype” is the first commercially-produced camera in the world and represents the initial spark that started the worldwide spread of photography. Undocumented since 1839, this camera was built by Alphonse Giroux, brother-in-law to Daguerre, which may make it the oldest camera ever built. The duel of bidders in the auction room ended after twenty minutes with a record telephone bid, for that time. With a starting price of €200,000, the wood-built sliding-box camera changed owners for €732,000 and thus became not only the oldest but also the most expensive camera in the world. With that WestLicht had broken its own record of €576,000, which was set in 2007. No less spectacular is the price achieved by the mercury box that goes with the Daguerreotype – the extremely rare accessory was sold for €144,600.” The camera was even signed by Dagguere, which can only increase its value for enthusiasts.

Yet now in May 28th, 2011 the camera that has become the most expensive camera worldwide is the extremely rare Lecia of the O – series from 1923. This extremely rare 7th Lecia of the O-Series sold for a staggering 1,320,000 euros including premium, the bidding price starting at 200,000 euros. Approximately only 25 of these cameras were produced to test the market in 1923, 2 years before the commercial introduction of the Leica A. The bidder who is a private collector from Asia, is now the new owner of the most expensive camera ever sold worldwide, making this auction the most successful camera auction so far.