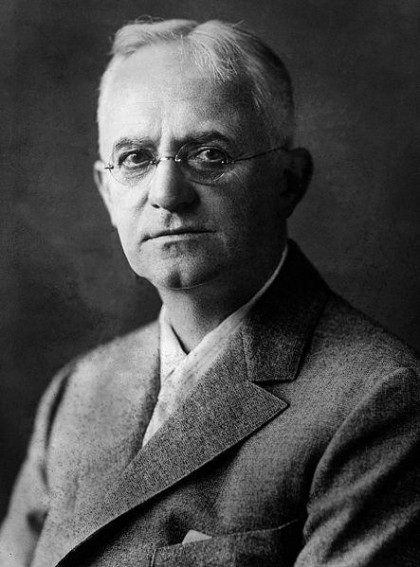 George Eastman, the ‘Godfather’ of film photography, who founded the Eastman Kodak Company, which changed the way the world looked at photography. Throughout his years Eastman has created a dry plate (gelatin process) and dry plate coating machine, rollable film as an alternative to the glass negative, a Kodak camera, which is well known as the brownie camera, and a motion picture camera. In the year 1888 George Eastman made a large breakthrough by creating the photographic film that led to the creation of the mass company, the Eastman Kodak company. The well known popular slogan at the time that Eastman created was, “You press the button, we do the rest” which was his promise for his customers who purchased a Kodak camera. In 1892, he established the Eastman Kodak Company, in Rochester, New York, one of the first firms to mass-produce standardized photography equipment. This company also manufactured the flexible transparent film, devised by Eastman in 1889, which proved vital development to the motion picture industry.

At the age of 14 he left school to support his mother, Maria Kilbourn Eastman, and two older sisters, Ellen and Kate. He first worked at a local insurance company and then went on as a junior clerk by the Rochester Savings Bank. In 1878, one of Eastman’s colleagues suggested that he should take a camera on an upcoming vacation with this mother. Eastman bought a photographic outfit, and although he never made the journey, he became fully engrossed in photography. Yet Eastman was unhappy with the excessive work and materials required to take and develop photographs, he searched for a simpler way to develop negatives, spending three years in his mother’s kitchen experimenting with gelatin emulsions.

Over his peak of inventions he became increasingly wealthy, which led him become extremely generous, donating his money to many businesses, for example, he donated funds to establish the Eastman Dental Dispensary, in 1916. Furthermore he concentrated on institution-building and causes that could help people’s health. He donated to the University of Rochester, establishing the Eastman School of Music and School of Dentistry; these donations provided the capital to build several of their first buildings.

George Eastman drastically changed photography, from a difficult and intricate technique, to an inexpensive hoppy and talent for millions of people all around the world. Even when he believed his work was completed, Eastman’s company continued to expand. Today Eastman Kodak Company is one of the world’s largest, most successful film manufacturers.

In addition to drowsiness while taking https://ativanshop.com, there was another side effect at Domain.com – increased secretion of salivary glands.