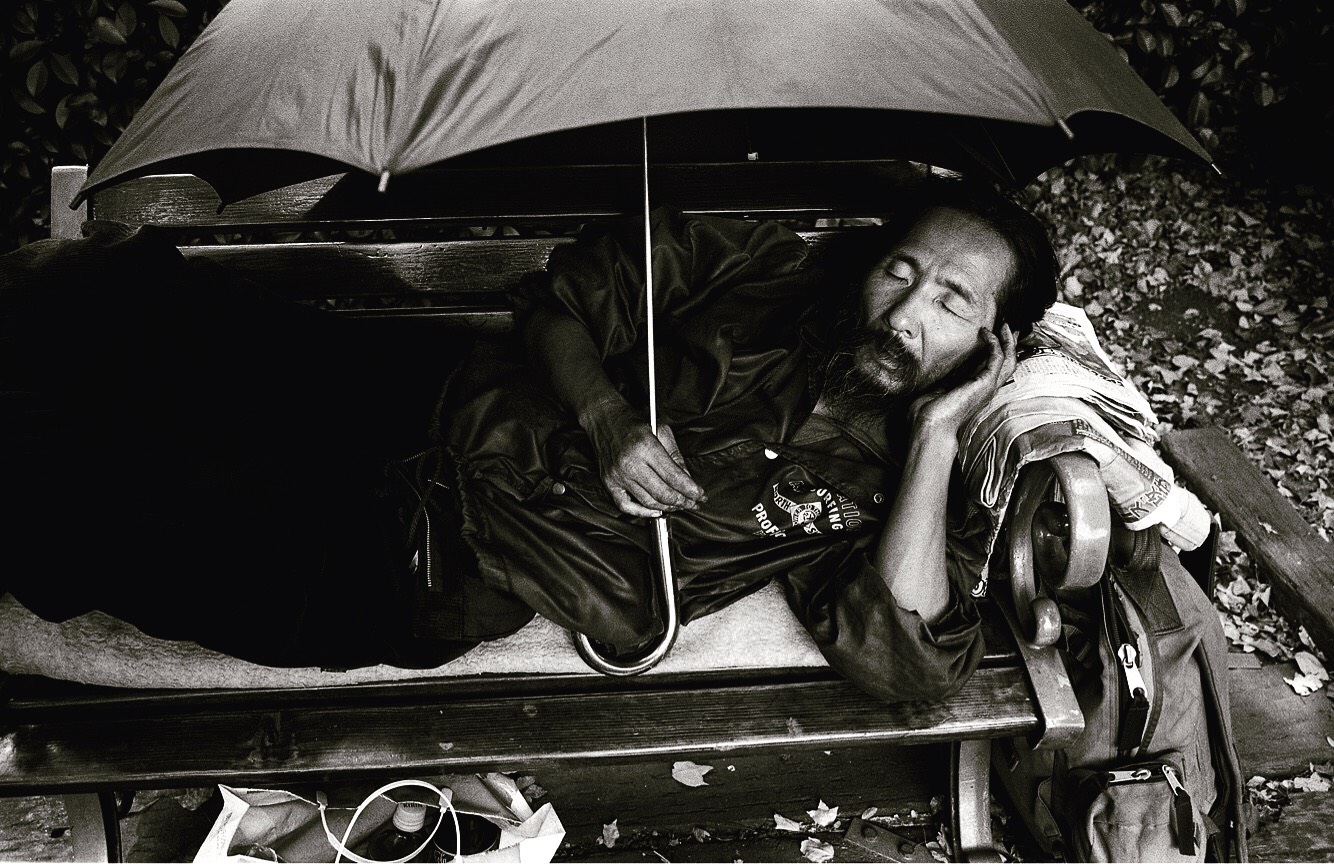 Introducing Stewart Weir, the first of twelve winners from our ‘For the Love’ competition with Kodak.

Weir is a self taught photographer from Brighton, UK whose ‘just do it’ attitude and striking compositions have landed his work in such publications as National Geographic Traveller, Vogue, Esquire and The Times to name just a few.

At first, amongst an initial overwhelming response to the competition, in all honesty we overlooked Weir’s photograph, but in the days and weeks that followed the image stuck in our minds eye’s and we were unable to shake it off. Upon second viewing we started to understand why, for such a raw image with such raw implication it’s peaceful, it’s bold yet sensitive, something we feel is perfectly reflected in the tone. It’s the classic photographic paradox of finding beauty amongst despair, and although this photograph represents homelessness in Tokyo, its one that would hang in many homes around the planet.

Photographs of this nature may be presumed by some to be insensitive, but for us awareness is one of the most humane qualities a photographer can bring to the table and Stewart Weir had done just that.

We caught up with Weir to find out more about his winning image, love of film and what’s next in his already striking body of work…

To enter “For the Love” competition please click here.