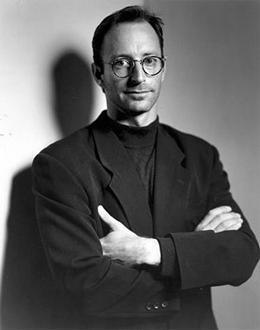 Herbert Ritts also known as ‘Herb’ was an incredibly talented American fashion photographer who mainly focused on black and white photography and portraits, that displayed clear concise lines allowing the viewers eyes not to wonder off the subject, which was often in the style of classic Greek sculptures. This Self-taught photographer took his inspiration from the desert landscape surrounding his home and his close proximity to Hollywood culture, which is evident through the simplicity of his photographs and his concentrated focus on the glamour of his subjects.

In late 70’s he began his photographic career and over time gained a reputation as a master of art and commercial photography. In addition he produced portraits and editorial fashion for Vogue, Vanity Fair, Interview and Rolling Stone, as well as creating successful advertising campaigns for Calvin Klein, Chanel, Donna Karan, Gap, Gianfranco Ferré, Gianni Versace, Giorgio Armani, Levi’s, Pirelli, Polo Ralph Lauren, Valentino among many others. Since 1988 he directed numerous influential and award winning music videos and commercials, filming the likes of Madonna, Sharkira, Janet Jackson and Michael Jackson, furthermore, his precise fine art photography has been the subject of many exhibitions worldwide.

In his life and work, Herb Ritts was clearly focused on producing clean lines and strong, bold forms in his photography. His work often challenged conventional notions of gender or race. Social history and fantasy were both captured and created by his unforgettable photographs of well known individuals in film, fashion, music, politics and society. Ritts contributed to many charitable organisations relating to HIV/AIDS, among them amfAR, Elizabeth Taylor AIDS Foundation, Project Angel Food, Focus on AIDS, APLA, Best Buddies and Special Olympics . He was also a charter member on the Board of Directors for The Elton John Aids Foundation.

If you would like to see some of Ritts stunning work in person then I would suggest for you to visit the Edwynn Houk Gallery in Zurich. The gallery will present a selection of Herb Ritt’s nude and glamour photographs. Often produced within the context of glossy magazines and advertisements; these works have exceeded into art yet still giving us the opportunity to stare at celebrities, beauty and bodies. This display of Ritts work will be shown till the 29th of October; below is a map view of where the gallery is located and if you would like to find out more about it please click Here.