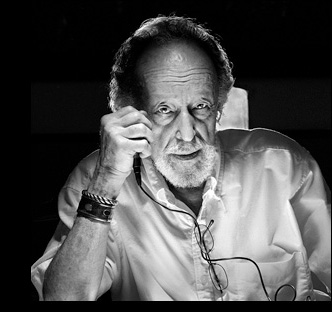 A photographer who has travelled to many different locations, photographing subjects such as nudes for Hugh Hefner’s Playboy, fashion models for Marie Claire and Elle. To photographing a den in Mazar-I-Sharif, Afghanistan where the opium smoke was thick, but overall Leonard was best known for his unforgettable portraits of jazz masters. Leonard won the trust of many instrumentalists and singers, which in turn rewarded him with these intimate portraits. Leonard a creative artist himself, has been called the Charlie Parker of photography.

Where Leonard’s story became even more legendary  is when he served for U.S. Army in Burma during World War II, due to there obviously  being no darkrooms open to develop his film, he decided to take it on himself and carried his developer and fixer in his canteens, he would then wait until the dead of night whilst the rest of the Army was snoring to develop the film,what makes the story even more remarkable is that he used his combat helmet as a film tank! Yes, just to clarify he used his canteens to transport the chemicals and developed his film inside his helmet in the darkest part of the night. He was very much influenced by the portrait photographer Yousuf Karsh after assisting him in Ottawa. After that Leonard set up a portrait studio in New York, following his passion— photographing jazz musicians, by persuading the club owners to let him photograph musicians in exchange for copies of the photos. Due to inadequate lighting in the clubs—came Leonards improvisation: He could only afford two lights, so he positioned a strobe light on the ceiling and another light behind the musicians. Resulting in his subjects being lit from front and back, allowing him to capture the soulful moments of jazz. This look was his trademark and it has come to define how many people think of mainstream jazz: atmospheric black-and-white images of musicians, highlighted in silver light.

Unfortunately photographing jazz did not pay, so Leonard made his living doing commercial photography—advertising, fashion, nudes, travel. These candid jazz negatives sat in a box under his bed, forgotten. In 1985, the French publisher Filipacchi issued “L’Œil du jazz” (published in English as “The Eye of Jazz,” Viking Press). 1988, a small exhibition of Leonard’s jazz photographs were mounted in London. In 1990, he toured U.S. art galleries with his work and in 1991 he moved to New Orleans. He said in 2003 “When I moved here, I found my place,” , “I’ve never felt myself more comfortable in my skin than New Orleans.” through moving to new Orleans he began photographing musicians again. Dr. John in San Francisco. Miles Davis, his favorite subject, in Montreux, Switzerland, six weeks before the trumpeter died. Tony Bennett nearly six decades after Leonard first took his picture. Wynton Marsalis in his native New Orleans and many others. Below are some of his extraordinary photographs and some of his unforgettable jazz images, also there is a short clip of him explaining his career through photography.