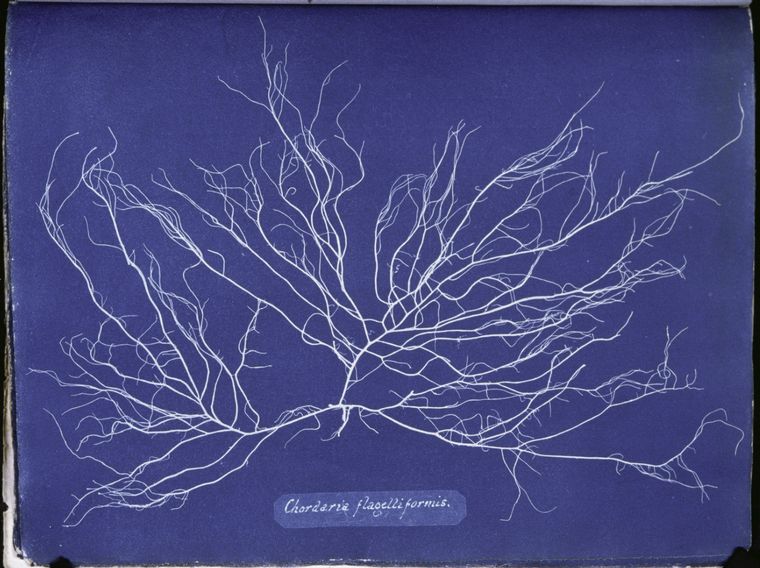 Anna Atkins was an English botanist and a photographer who is often considered the first women to have created a photograph (Constance Fox Talbot is another name that comes up in the discussion regarding the earliest known female photographer), as well as being the first person to publish a book illustrated with photographic images entitled ‘‘British Algae: Cyanotype Impressions’’!

Her love and interest for the Cyanotype printing method began through its inventor, the astronomer and scientist Sir John Herschel, a family friend who taught her how to produce a print.

The online show Objectivity recently paid a visit to The Royal Society in London to see its copy of Anna Atkin’s Photographs of British Algae: Cyanotype Impressions, published 1843.

Only 17 copies of this book are known to exist in the world, and the Royal Society’s 403-page, 389-photo copy is thought to be “the only existing copy of the book as Atkins intended.” Other owners of this book include the British Library in London, the Metropolitan Museum of Art in New York City, and the New York Public Library.

These are not your typical photographs. Atkins would have placed the algae specimens directly onto photographic paper and then exposed the paper to light, creating silhouette photos of the algae once the paper is developed.